It’s about time I got around to a genre that’s always acted the part of the happy little angel on my shoulder. I used to listen to a serious amount of piano pop and soft pop during my high school days. Gavin DeGraw, Sara Bareilles, Keane, Coldplay, you name it, I probably listened to it. Luckily for you, though, I’m going to focus more on artists that don’t get nearly as much airplay. …Mostly. Predominantly. You’ll know when you get there!

If piano pop and soft pop aren’t really your thing, check out my previous Sharing The Goodness posts where I looked at rock, ambient/instrumental and house/funk!

I’ve also shaken up this series by doing a music video + song review as well as a top five list of some of my favorite song lyrics.

Piano pop is like drip coffee with a dollop of something extra. It’s solid, it hits the spot, it’s a mundane staple of everyday life…but there’s an additional sweetness that elevates it to something all its own. When you match it with lyrics that act like your very own personal life coach? It’s a genre all its own.

‘Wanting What I Need’ is the kind of song that wants you to make the most for yourself, online randos and mental illness and anything else tripping you up be damned. Bursting with all sorts of instruments — keyboard, bells, guitars –you also get an unbelievably charming horn section midway through that warms you up just like that cup of drip early in the morning. The video is incredibly cute, too, showcasing the lead singer and her family/friends jumping on a trampoline with balloons, streamers and bubbles.

All in all, what you both want and need is a visual and musical representation of how joy really does come from simple things.

This time I’m gonna break out and be free

Stop needing what I want and start wanting what I need

Yes, it’s double-feature time! Clara C was a much needed presence during my after-college years, both for the genre’s simple familiarity as well as the quiet charm she brings to the table. Perhaps she can achieve the same for you.

Contrary to the title, ‘You’ve Got It All’ isn’t interested in trying to be everything at once. Airy from the first few seconds and onward with a light keyboard and some soft croons, this song is the kind of piece you need to hear on the radio while making your way through a depressing shift. Everything about it feels just a little hopeful, without getting schmaltzy, and it’s easily the most standout element of otherwise standard pop fare. For those that crave good soft pop, you can’t go wrong with Clara C.

I’m smilin’ up from all the cloud

There are too many good songs by this artist for me to confine to a single post. Until I get around to doing a full feature of her, cut your teeth on her brand of chirpy, bold delight.
A new single straight off her new album, ‘Water Me’ is one of those songs that gives you a strong idea of what she has to offer despite the fact she is rather varied in her sound.

You’ve got lyrics overflowing with self-affirmation and sprinkled with clever humor (you want references to Michael Jackson and tea metaphors, you’ve got references to Michael Jackson and tea metaphors). The hectic backbeat warps and distorts as needed, like it has a life of its own and Lizzo is simply a magician who turns everything she touches into gold. …Hm? Apparently that’s not the case. Could’ve fooled me.

I don’t get dehydrated

Don’t let the sad preview image fool you. Your neck is going to hurt bobbing your head to this. Not an obscure Vocaloid song by any means, but those who haven’t dabbled in Vocaloid have got plenty of catching up to do. Get a sample of what this vibrant musical community has to offer with 40m‘s infuriatingly catchy single ‘Karakuri Pierrot’.

Even those who find themselves leaning away from shrill Hatsune Miku vocals can put their fears to rest. Here she’s crisp and chirpy, but with a much more natural timber than you’ll get out of some of the mainstream Vocaloid singles. It’s as strong a piano piece can get while sticking strongly to convention — the punchy piano and jaunty guitar marry piano and pop together better than…let me just flip through my food metaphors here…a bowl of Lucky Charms and midnight guilt. 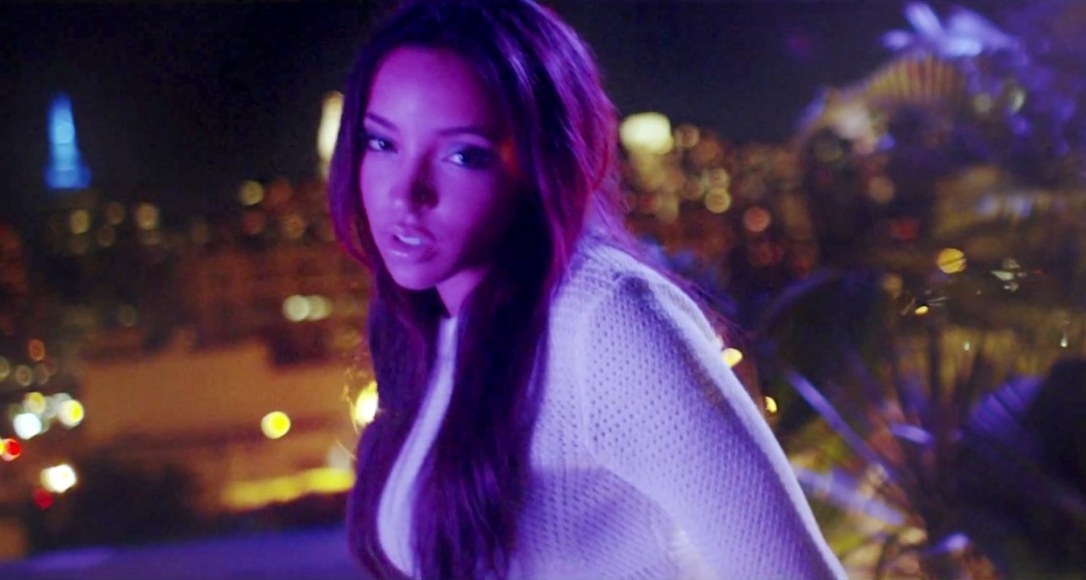 5. “All My Friends” by Snakehips ft. Tinashe and Chance The Rapper

Okay, this isn’t exactly lesser-known…whatsoever. I don’t care. Consider this the exception of this post, because this song is just too feel-good to potentially miss out on. No, not just feel-good. Feel-great. Feel-fantastic. It’s so difficult to feel bummed out once this piece shifts into maximum overdrive.

An anthem for those that regularly visit parties only to reconcile with the aftermath of feeling even more broke and sad, there’s a subdued optimism in this song that is incredibly welcome. Great chorus, great hook, it’s just great. The one aspect I can’t say I’m crazy about, strangely enough, is Chance‘s solo. I’m a huge fan of his work, so his off-key yelling here clashes overmuch with the smooth sound and Tinashe’s sweet vocals. On that same note? It makes the song feel that much more casual and laid-back.

You’ll just have to decide for yourself!

All my friends are wasted

And I hate this club, man, I drink too much

Like what you hear? Got any suggestions? Stay tuned for the next Sharing The Goodness where I’ll be taking a look at some indie rock and shoegaze.