Soul has a way of getting me into this perfect headspace. For a moment, everything feels all right. It’s not quite the romantic feeling I get from folk, nor the nostalgic sweetness that thrums through my veins with rock. It’s a little timeless, like it comes from another place entirely.

If hip-hop and soul aren’t your thing, check out my past Sharing The Goodness posts where I looked at indie and folk, instrumentals and chill-pop!

While Mila J is the more well-known Jhene Aiko‘s sister, don’t let it be said she’s piggybacking off of her sibling’s fame. No, Mila J is in a league all her own. She has the pipes, she has the style and I’m going to talk about two of my absolute favorite songs by her. …So far!

There are plenty of songs about the value of shiny rocks. ‘Diamonds Are A Girl’s Best Friend’ is probably the most famous Western example, though it certainly isn’t for lack of trying. ‘D + G’, however, gets a touch more artistic. While still talking about money, it goes a step further and uses precious stones as a metaphor for beautiful emotions. It certainly doesn’t hurt the production is buttery smooth and the atmosphere is nothing short of romantic. This is one collaboration that goes together about as well as…well, silver and gold.

Even amber and jade, it couldn’t make my memories fade

If I gave you every stone, could I keep you as my own?

Now for a tonal whiplash. Where “D + G” is a low-key and romantic piece fit for a sultry drama or perhaps a high-end commercial, ‘Move’ is a club anthem that has you going hard or going home. Mila J has made it clear she can breeze through hip-hop, R&B, rap, soul and anything else she feels like putting her mind to. I dig it.

A lot of mainstream club and hip-hop can fall a little too hard for generic trap beats or rhythms that start to mush together. Perhaps more so than other genres, if only for their popularity. ‘Move’, somehow, in some fit of magic, manages to be typical of the genre while still going for something much more — frantic, hasty and incredibly addictive. A touch shorter than normal, this piece will have you feeling like you just got back from a beer run.

Drop too with the roof gone

That digital with the cruise on

Time to ricochet on back to chill. This is the kind of quiet, low-key funk-hop you’d expect to hear from an underground 90’s station. Ironically, this song doesn’t make me feel much like dancing. No, it makes me want to lean back against the wall somewhere isolated and soak in my own company while surrounded by cigarette smoke and the murmur of voices.

With an impressive Soundcloud album starting to turn heads, this is a group you should definitely keep an eye out on. Redundant and minimalist, don’t go here looking for a song that shakes it up with alternating compositions or clashing instrumentation. It knows what it wants to be and that’s a throwback sound with a less-is-more approach.

If you dig ‘Dancing’, check out my review of their music video and single ‘Best View’.

Ay, can I talk to you

I see you dancing right here with your crew 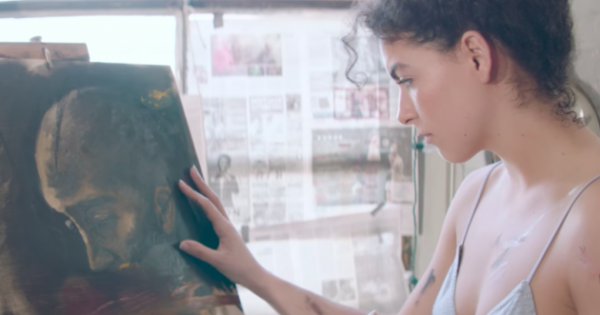 I love Little Dragon. Like, full-blown adoration. I’ve been a fan of their work ever since I heard them featured on Gorillaz‘ ‘Demon Days’ years back — I still remember going, “Woah. That is an incredible voice”. The lead singer has a set of pipes that can’t be confused with any other. Combined with De La Soul‘s signature sound? It’s going to be good.

Good…and unpredictable. This song is quite gentle, but it delights in going off the beaten path. It has a very airy feel at first, sprinkled with soft pianos and Yukimi Nagano’s signature warble, then introduces a lusty violin that bleeds in and out of rolling, repetitive drums. Topped off with a rap solo, there’s a lot to like in this six-minute span.

Too many dreams, a paperweight took a toll

Food on the floor, not to be wasted

Let’s wind down with another somewhat shorter song that still lives an impact.

Twinkling and chiming its way into a mood that’s somewhere between sentimental and regretful, this was a song that filtered in and out of me with ease…yet it kept drawing me back, over and over again. It’s serene, but not boring, keeping up a good beat with some lovely piano samples that make me want to just lay down and think about nothing.

Imagine if you tossed some of Nujabes‘ more poignant songs with a bit of Usher into a blender and you got a good idea as to the style here.

Check out their Soundcloud and get yourself craving more up-and-coming artists!

I can’t get you out of my mind

Like what you hear? Got any suggestions? Stay tuned for the next Sharing The Goodness where I’ll be shaking things up a little!

First, I’ll be trying out features. Much like the above, it’ll have five songs…that is, by a single artist/band coupled with a brief overview of their history, general style and any extra tidbits. Features, just like the series, will emphasize lesser-known musicians or groups to help give them more attention. The reason I want to try this once in a while is because sometimes a musician is too damn good to promote just one or two songs.

Secondly, I’ll do some reviews of neat music videos and what makes them stand-out. I’ve already got one I did for blAck pARty. I’ll do more song lyric breakdowns. Maybe even some fashion spreads in the music scene.

Last, but not least, I’ll be reviewing entire music channels — YouTube, Soundcloud, you name it.

After all, I’m trying to spread some of this goodness around!