Been dealing with more panic attacks than I know what to do with lately. Heart palpitations, insomnia, chest pains, the works. When it comes to music, there’s nothing like a little R&B and chill-pop to soothe frazzled nerves. Whether you have a stressful workweek you’ve just got through with or you’re gearing up for a busy weekend, take a glance at this list and see if you can’t find something to put your mind at ease for a few minutes.

If R&B and chill-pop isn’t your cup of tea, take a gander at my past Sharing The Goodness posts, like indie and acoustic or soul!

Smoky and ethereal, this is a gorgeous example of the genre by newcomer Sofi De La Torre. Gaining a strong fanbase on Soundcloud and Youtube, she stands out amid the pack through a mixture of striking vocals and smooth, flowing melodies. When I’m eager to show off the latest songs I’ve found, I often like to first show ones that are really representative of what the artist has to offer on the whole. ‘$‘ is one of those songs.

Mere seconds in and I was taken aback by the contrast between the tender atmosphere and the incredibly blunt lyrics, not unlike something FKA Twigs or Grimes could’ve cooked up if they steered more toward R&B. They give the song a fantastic sense of style, even as you sweat under the collar and thank whichever god you pray to that you’re not on the receiving end of the singer’s dagger-laden disdain. With vocals that turn from conventionally smooth to breathy and delicate instrumentation, there’s plenty to like in this single. Don’t think you’re out of hot water yet, though, because her next one…

Fuck your money I don’t care about it 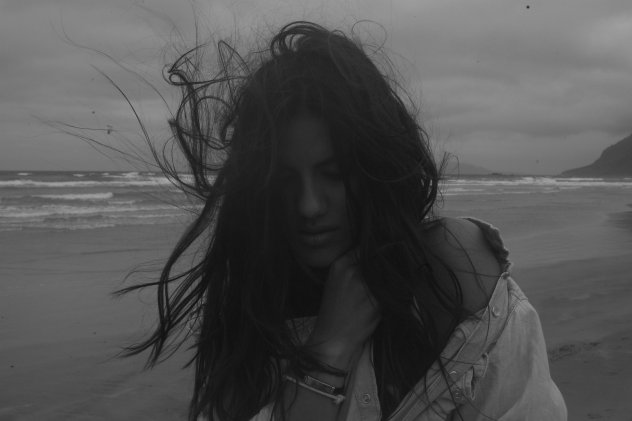 …is something I’ve looped shamelessly dozens of times. Perhaps more interestingly, though, is that I wasn’t blown away on the first listen! I considered it pleasant, even emotional, but it didn’t strike me quite as hard as her other work. I thought to myself, ‘That’s fine. Not every song needs to be a showstopper’. I’m glad I gave it another chance, though, because it’s found a special place in my heart I didn’t realize I had.

If there’s a perfect way of personifying regret while still moving on, this song has found it. Not only do the lyrics express it honestly, the contrast between Sofi De La Torre‘s calm vocals and Blackbear‘s emotional solo does a great job of showing multiple sides to an issue without downplaying agency. I’m still getting over the aftermath of a less-than-savory relationship myself and it seems my subconscious has found the perfect musical medication to mediate me through my own journey on moving forward. Well done, Sofi De La Torre. Well done.

Go ahead and play with another, not me, I’m done, I’m done

Love with another or several others, I’m done, I’m done

If you haven’t heard Cehryl‘s enchanting “Hideaway” covered previously on Sharing The Goodness, click this link and go brush up on your talented up-and-coming artists.

A touch groovy and more than a little chill, ‘If It Makes You Happy’ continues along the vein of relaxing that Cehryl could easily become well-known for in the future. Soft keyboards and an easy beat carry a good mood, nothing too bombastic and not needing to be. As stated above, not every song has to be a stunning or flashy work of art. Sometimes it just needs to slow down your heartrate and fill up your peripheries with something easygoing. If it makes you happy, that’s good enough.

You never meant to hurt nobody

Which makes me somebody 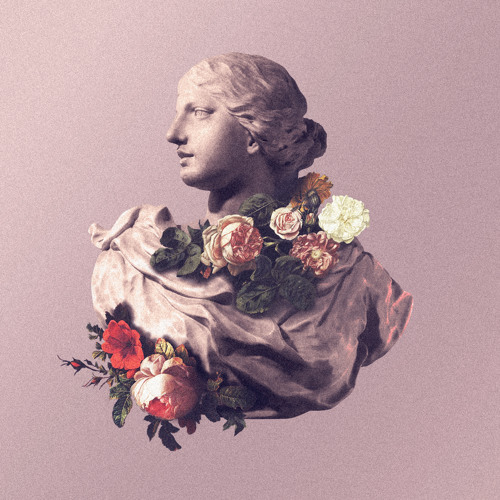 Ooh, this is deliciously sultry. Everything about the song makes you feel like you’re drifting. The soft thump-thump of the backbeat, the dreamy piano, the light distortion that weaves in and out. If a spiderweb floating on the breeze could be turned into a song, it’d be ‘Unfold’.

The ending transforms into a glitchy, trip-hop cluster of vocal samples, adding a dash of style to an already strong-yet-subdued piece. I’m more than a little biased toward this technique, to be quite frank, and hearing it in anything is enough to crank it high up on the list. Take a listen and see if you can’t open up to “Unfold”‘s sound.

The parts of me the eyes can’t see

Let’s top off the list with something a touch less conventional. Jhene Aiko is certainly not lesser-known, but this song has sort of slid under the radar compared to her hit singles with more popular artists like Big Sean and Omarion.

Soft clicks and echoing backing vocals surround this more meandering, empty R&B piece. It’s something I wasn’t even sure I’d like, as it didn’t have quite the punch of other singles in the genre nor enough variety to keep my attention…that is, until the drop three minutes in. It goes from something I frankly viewed as passable to something heady. It’s a fantastic touch I absolutely live for and does a lot to give a vague piece some purchase.

The lyrics are consistently stronger, a sharp-tongued callout on casually misogynistic language and behavior among men in relationships. While I won’t blame anyone for thinking a song shouldn’t get good when it’s nearly over, it’s worth at least one listen for the critical songwriting and switch-up alone.

She be paying all your bills

Buying all your clothes

Like what you hear? Got any suggestions? Stay tuned for the next Sharing The Goodness where I’ll be taking a look at some more indie and folk!

View all posts by Ashe